The New Orleans Radiators celebrate 25 years of Halloween in Minnesota

It’s not uncommon for casual observers of the Minnesota music scene to assume that the Radiators are a local band. It’s not altogether surprising, though, when you consider that this New Orleans quintet has spent 28 of their 32 years plying their “fishhead music” in these upstream waters.

This weekend, October 29-30, the Radiators return with their swampy amalgamation of New Orleans-drenched rock, blues, hoodoo and funk to celebrate 25 years’ worth of Minnesota Halloween masquerade balls with two shows at the Fine Line Music Café in Minneapolis.

“I don’t know what it is about Minnesota,” says Radiator guitarist Camile Baudoin. “I know we’re at both ends of the river so we can always use that as a connection. From day one it felt good there.” So good that Baudoin eventually married a gal from Minnesota, and keyboardist/songwriter Ed Volker moved to Minneapolis for several years in the ’90s.

The Radiators or its parts also have recorded three live records in Minnesota: 1992’s Bucket of Fish at the then-World Theatre (now Fitzgerald) in St. Paul; Volker’s Lost Radio Hour, recorded at the dearly departed Riverview Supper Club in North Minneapolis in 1993 with Peter Ostroushko and Mick Labriola; and By the Water, by the Back Porch Rockers, 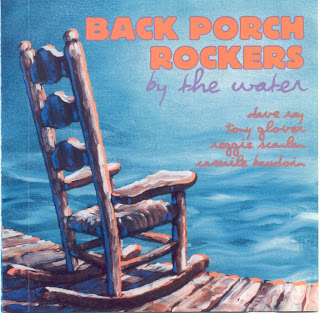 a 1998 collaboration of Radiators Baudoin and bassist Reggie Scanlan, and Minnesota blues legends Tony Glover and the late great Dave Ray, recorded in a local living room on the St. Croix. Ray sat in with the Radiators on a number of occasions and became fast friends with them over the years.

“He really liked the band and thought that we ‘got it,’” said Baudoin. “I don’t think he thought that about a lot of bands.”

32 YEARS OF FISHHEAD MUSIC
Long before jam bands or roots rockers had been dreamed up, this greasy concoction called fishhead music came percolating out of New Orleans juke joints and roadhouses, served up in heaping three-set helpings by a chops-seasoned band of misfits called the Radiators. Steeped in the rich musical heritage of the Crescent City through their schooling with some of the city’s legends—Professor Longhair, James Booker, Earl King—the Radiators wasted no time in becoming a part of it themselves.

The Rads morphed out of a merger of the Rhapsodizers (Volker, Baudoin and drummer Frank Bua), Earl King’s erstwhile backing band in 1977, and a combo dubiously called Roadapple (guitarist Dave Malone and Scanlan). Their sets quickly became legendary as much for their head-shaking variety as for their sheer intensity and length.

“Krewes” of the band’s fishhead fans were spawned around the country in the ‘80s, the result of Tulane University grads spreading the gospel like a virus: first Minneapolis’ Krewe of DADs (Druids, Alchemists & Dervishes), then San Francisco. More followed in the ’90s and into the 21st century—Colorado, New York, Florida, L.A., Chicago, Pennsylvania—all modeled loosely on New Orleans’ notorious Krewe of MOMs (Mystic Orphans & Misfits).

Today, the Radiators are the longest-running band to ever come out of the City that Care Forgot, touring relentlessly and closing out the renowned New Orleans Jazz & Heritage Fest every year. In 1998, New Orleans Mayor Marc Morial presented the band with the 1998 Big Easy Mayor’s Award—the equivalent of the Keys to the City—as the city’s way of saying thank you for their years of spreading the joyful noise of Louisiana music worldwide. 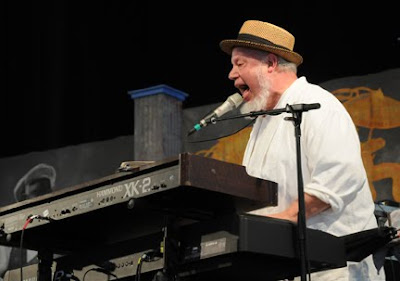 Keyboardist and de facto bandleader Volker, soaks up images like a sponge and regurgitates them in songs by the boatload. Throw in more covers than a boil has crawfish and you’ve got a songbook that reads like a Rand McNally road atlas to the blue highways of American music.

Where else can you hear a band seamlessly merge one of its own songs into a swirling medley of Michael Jackson, Frank Zappa and Elvis Costello? Or a marriage between the Meters and the Magnificent Seven?

Get behind the wheel with the Radiators and go careening down the blue highways, back roads and byways with reckless abandon but always in control. Slide off the road, get some dirt under your wheelwells, pull it back to the centerline, pedal to the metal and down the road you go.

“And what is a fishhead you ask? The arms flapping like fins, the eyes bugging
out, the endless imbibing of vast quantities of liquids. Fishheads shun the
daylight and frequent dark, wet places and wait for it all to gleam. Fishheads
may have the appearance of human beans, but they got the fish in the
head.”—Fishhead Manifesto, Ed Volker, 1984.

Fishhead music is organic—it breathes with a life of its own. When the Radiators are popping on all cylinders, it’s like the Grateful Dead said: “The music plays the band.” And like any great band, the whole of the Radiators is larger than the sum of its individual members.

MUSICAL MECHANICS
Under the hood of the Radiators is a turbocharged combo loaded with natural talent and an innate ability to make anyone’s music their own. In their hands, songs are deconstructed, retooled, greased well and reassembled. When the Radiators get a song out of the shop, it’s theirs to drive.

Need Beatles? The Rads have got a bucket of ‘em. Dylan or the Stones? A score apiece. Professor Longhair? Another dozen on the half-shell there. 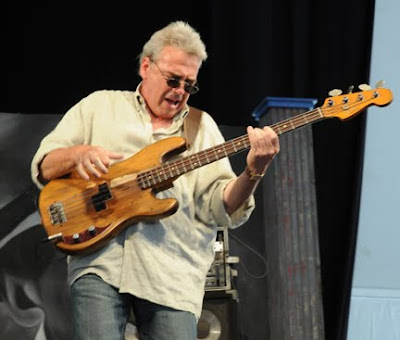 It’s been said by at least one guest guitar player that the rhythm section of Scanlan on bass and Bua on drums isn’t in the pocket—it’s more like a hammock. Scanlan, who describes his tenure with Professor Longhair in the ’70s as nothing short of graduate school, has never met a gig he didn’t like playing. And Bua, a former Mandeville, LA, restaurateur by trade, is simply the best second-line rock and roll drummer in the bidness.

The double-barrel lead guitars of Baudoin and Malone track each other like they’re joined at the brain. Pull the trigger on them both at once and stand back. Baudoin’s dazzling luminescence is the perfect complement to Malone’s searing, straight-ahead precision firing. Comparisons to other two-guitar titans like the Allman Brothers are redundant—these guys are the gold standard.

Then there’s Volker, the man behind the wheel. Radiatin’ the 88s to leaven the guitars, Volker shifts gears from barrelhouse to B-3 in the bat of an eye. His boundless imagination fuels the Radiators’ own thick songbook with rich images painted in colorfully detailed strokes that turn simple melodies into sensory experiences:

“A little carnival in your hips,
a little garden on your lips,
a little sunshine in your eyes,
Oh, oh your smile, little paradise.”

His penchant for the obscure turn of a phrase or twist of a word recalls the sly wit of Tom Waits:

“It’s good to be alive, just don’t get caught.”

But always the Crescent City is lurking back there in the shadows of his mind:

“It’s a dream, dream, the devil’s dream,
When it’s midnight in New
Orleans,
We do a dance that’s so obscene,
listen once again to the
devil’s dream.”

The Radiators prowl the back streets and alleyways of their own town with a passion and depth known only to musicians who love to play—a living soundtrack of New Orleans music from Jelly Roll Morton to Mac Rebennack. Their roots run deep in the musical wetlands here, intertwined with that jive-ass, syncopated Louisiana rhythm and blues that snakes through their sound.

New Orleans is where it all began for the Radiators over 32 years ago, but they’ll always have one fin in Minnesota. When the Radiators swim up the Mississippi this weekend for their annual Halloween hoo-hah, expect a feeding frenzy of the fishhead faithful masking in their finest regalia, “the arms flapping like fins, the eyes bugging out.”
Radiators, Ed Volker and Reggie Scanlan photos above by Karl Bremer, from the New Orleans Jazz & Heritage Festival, April 25, 2010.
"By the Water" CD art by Mike Williamson, New Orleans.
RADIATORS HALLOWEEN WEEKEND