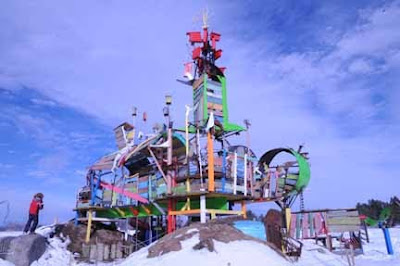 Once in a blue moon, a brilliant solution to a prickly problem comes around that is so serendipitous you have to wonder how anyone could be opposed to it.

Until you find out that this brilliant solution stands in the way of corporate profits.

Take the situation up in Chisago County, where AT&T has proposed planting a 150-foot cell-phone tower just a mile from the St. Croix River, and literally at the gateway to the St. Croix National Scenic Riverway. According to a report by Mary Divine in the St. Paul Pioneer Press, computer models show the tower could be visible on the river up to 3 miles downstream.

Nevertheless, despite the protestations of the St. Croix River Association and Chris Stein, local riverway superintendent for the National Park Service, the tower received the blessing of the Franconia Township Board of Supervisors, the Chisago County Planning Commission and the Chisago County Board of Commissioners, who signed off on it by a 3-2 vote in January. Commissioners Lora 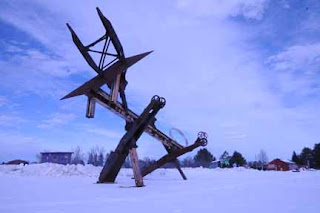 Walker and Ben Montzka voted no.

The proposed site for the tower is near the intersection of Minnesota Highway 95 and U.S. Highway 8—directly across 95 from the Franconia Sculpture Park. John Hock, the park’s CEO and artistic director, doesn’t want to look at the tower from the entrance to the wildly eclectic sculpture park, so he has proposed inviting the tower in to become part of the sculpture park.

“If we put it in the sculpture garden, we’d have a national call for a sculpture to hide a 150-ft tall cell phone tower,” Hock muses. “You would have a national competition, which we do with our fellowships anyway. Have a call for qualifications or letters of interest, and then you have a competition. A committee that could include AT&T and community people could winnow it down to three to five artists and then you could select one.” 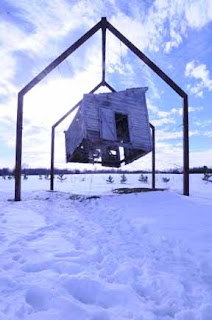 Hock says the sculpture garden issues about 75 grants a year. This award could be written so that a technically feasible sculpture could be built that would serve AT&T’s needs without compromising its service.

A walk around the Franconia Sculpture Park confirms that this would, indeed, be an ideal location for a cell tower disguised as art. Brightly colored hulking metal pieces dot the landscape, along with a shed suspended in the air like something out of the Wizard of Oz, alien-like orbs spinning in the air, and a whimsical purple medicine show wagon wherein, a sign promises, “great secrets of nature appear.”

One can only wonder what a collective of metal sculpture artists could come up with that would satisfy riverway enthusiasts, the local community and AT&T.

“We’re delighted to get these ideas from the community,” insists AT&T spokesperson Tom Hopkins, “but in this case it’s a little expensive and could be technically impractical … There are a lot of unknowns when you’re talking about a sculpture. It’s a science, and we know exactly how to do that in a way that’s technically viable. We’ve had a lot of experience camouflaging these towers in a way that makes them invisible to most people.”

What it really comes down to, though, is cost.

The idea of hiding a cell tower in a sculpture “is a one-off,” says Hopkins. “It’s really outside the norm,” noting again that it would be “a little expensive.” 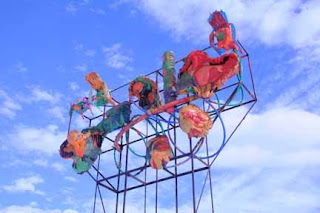 Dan Willius, chair of the St. Croix River Association, isn’t swayed by AT&T’s assurances that the tower won’t be visible.

Willius told the Pioneer Press: “People say, ‘Well, it’s just one cell tower,’ but each one of these things adds up. It’s what I refer to as death by a thousand cuts.”

Willius says his group’s attorneys are reviewing their options. Stein says he is discussing the matter with national officials. Sometimes the threat of legal action is what it takes for a corporation like AT&T to have its own “Can you hear me now?” moment. 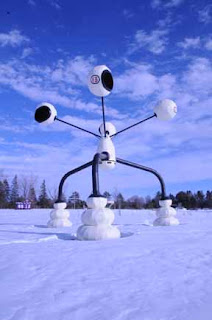 That’s what it took up north near Ely, where the Friends of the Boundary Waters Wilderness sued last year to halt construction of a 450-foot AT&T tower proposed for a ridge 1.5 miles from the Boundary Waters Canoe Area Wilderness. The group alleges the tower, which will rise 600 feet above the landscape, will be visible from several lakes within the BWCAW and violates the Minnesota Environmental Rights Act, and has asked AT&T to consider less intrusive solutions to their cell tower needs there.

At a hearing last August on a temporary injunction to halt the tower’s construction, AT&T agreed to suspend construction of the tower until a trial is held on the merits of the group’s lawsuit. A trial date is pending.

AT&T’s Hopkins insists that “it’s all about working with the community,” but it doesn’t appear the multibillion-dollar corporation tried very hard in Franconia Township. It may have gotten the imprimatur of local officials, but it neglected to consider the national treasure its tower threatens to despoil, even if it’s just one of a thousand cuts. NPS Superintendent Stein didn’t even hear about the proposed tower until just a few days before the county b 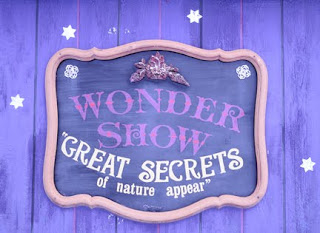 oard voted on it.

It shouldn’t take lawyers to get AT&T to behave like a good corporate citizen in Franconia Township, especially when a novel and creative solution such as a sculpture competition exists. But if that’s what required, then perhaps the St. Croix River Association and NPS should be talking to the Friends of the Boundary Waters Wilderness, if they aren’t already.

Maybe AT&T will hear them then.