Hop to it--this a great time to be a beer drinker in Minnesota! 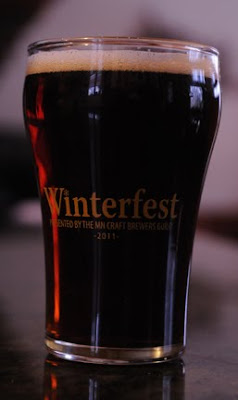 To most of the world, this is known as “Super Bowl Weekend.” To Minnesota beer connoisseurs, it’s known as Winterfest Weekend, when the Minnesota brewing community comes together to strut their stuff—mostly special fest-only brews of exotic origin and high alcohol content—for a wildly appreciative audience.

The Minnesota craft brewing industry was tapped in 1986 with the opening of Summit Brewing in an old transmission shop on University Avenue in St. Paul. Founder Mark Stutrud made his mark early in the nation’s beer revolution with traditionally brewed English ales. Summit remains the flagship craft brewery in Minnesota in terms of capacity and availability, although it long ago outgrew the category of microbrewery to become a regional brewer.

These days, the state of craft brewing in Minnesota is anything but traditional. Relative newcomers like Brooklyn Center's Surly Brewing are winning national accolades for their amazing creations-in-a-can, even though they have yet to be distributed outside Minnesota. And Winterfest—sponsored by the Minnesota Craft Brewer’s Guild—is the beer lover’s best opportunity to see the cutting edge of local brewing. Winterfest 2011, whose 700 tickets for last Friday’s event sold out literally in one minute this year, was no exception.

Aided in recent years by slowly relaxing state laws governing small breweries, and bars and restaurants that more hospitable to small local brewers, Minnesota is becoming a Mecca for beer lovers. Once upon a time, it was enough for a local pub to have Summit, Bass and Guinness on tap to qualify as a “beer destination.” Now, you can’t swing a cat by the tail without hitting a watering hole with a dozen or more craft-brew tap handles alone.

Minnesota was once home to beer production laws rivaled only by Utah’s in their absurdity. That, combined with the almost mob-like way beer distributors were allowed to control what got onto the market through a Prohibition-era holdover known as the “three-tiered system,” hampered many small brewers’ efforts during the first craft-brew wave of the ‘90s, including my own St. Croix Beer Company.

But through progressive legislation and the education of beer regulators, the state has gradually loosened its puritanical grip on small brewers to enable them to better compete against megabrewers and their henchmen in the Byzantine distribution system that is so critical to getting on shelves and taps. Bar and restaurant owners are more receptive to new local brews, self-distribution for small brewers has become a little less onerous, and off-premises sale of growlers—large jugs of fresh tap beer—has enabled brewpubs to expand their markets.

The result has been a gusher of new breweries and brewpubs over the past five years, producing a range of malt beverages from delicate Belgians to robust Russian Imperial Stouts, smoked Porters to supercharged hop monsters. Of course, this wouldn’t have been possible without the demand of a growing new generation of beer fanciers—and not the “how long can you go under the tap at a kegger” variety. Today’s craft-brew drinker is well-educated about beer and open to just about anything you pour into their glass, and it shows in the offerings on tap at Winterfest.

Herewith are some of my favorites from Winterfest 2011, based on my stout-stained notes. Alcohol-by-volume (ABV) and International Hop Bittering Units (IBU) are noted where known: Leech Lake Brewing, Walker. “3 Sheets” Imperial IPA. ABV 10.5%, IBU 100. Another one to satisfy the growing legions of high-gravity, highly-hopped IPA fans out there. Flaked wheat gives this a nice mouth-feel. 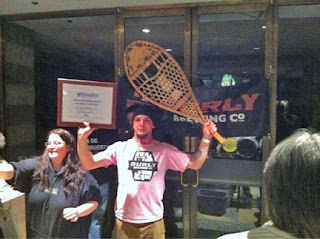 Surly Brewing, Brooklyn Center. Tea-bagged and oak-aged "Abrasive." This fest-only edition of one of my favorite Surly seasonals defies categorization, even though the brewery calls it a “Double Oatmeal IPA.” A stunning floral dry-hopped nose followed by complex layers of flavors makes this a sublime treat.

Also worth noting: Surly’s "Pentagram," winner of the festival’s 2011 Great Snowshoe Award, voted on by the fest’s attendees. Head alchemist/ brewer Todd Haug concocted this for the adventuresome brewery’s fifth anniversary last month. Fermented with a specialty 100% Brettanomyces yeast for unique tartness, this strong dark ale was then aged in red wine barrels for a powerful black cherry-and-raisin flavor explosion. Watch for this in bottles this spring.

Town Hall Brewery, Minneapolis. “Port Odin” Baltic Porter. A hefty porter that takes on a smooth bourbon texture and aroma from aging 18 months in French oak Port wine barrels. Let’s hope this one makes it on tap at the Seven Corners brewpub. 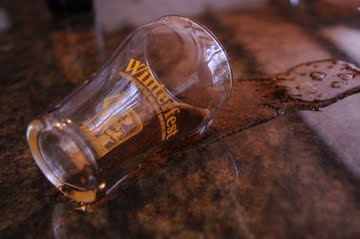