Michele Bachmann is in Hawaii today--not her subzero district, as her staff claimed 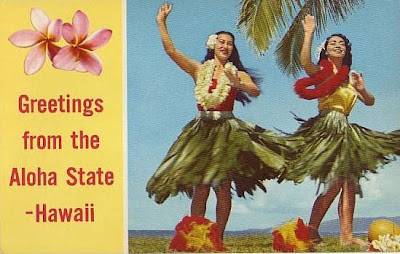 When Bloomberg reporter and former Time magazine White House correspondent Margaret Carlson called Michele Bachmann for a comment on the people’s uprising in Egypt, Carlson wrote that Bachmann’s office told her the Minnesota congresswoman “wouldn’t be giving any interviews this week while she concentrates on district work.”

But according to the Grassroot Institute Hawaii, Bachmann is scheduled to give a luncheon talk at the Ala Moana Hotel in Honolulu today—4,476 miles and 80 degrees F. from the subzero temperatures her constituents in Minnesota’s 6th District woke up to this morning.

According to the Grassroot Institute website, Bachmann’s $35-a-head luncheon is sold out. The Grassroot Institute Hawaii was founded in 2001 and says its mission is “to promote individual liberty, the free market and limited accountable government.” The Institute promises the speech from the “potential 2012 presidential candidate” will offer “great insight into the 2011 congressional session." 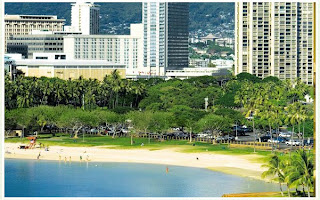 NO COMMENT?
With millions of freedom-loving Egyptians clamoring for democracy, Michele Bachmann has been noticeably quiet on the massive revolt underway there. After all, “freedom” is the lynchpin behind virtually everything the 6th District Minnesota Republican says or does.

Bachmann, a fervent supporter of Israel and frequent traveler to Israel on the Israelis' dime, has given no clues as to where she falls on the goings-on in Egypt.

In Iran, Bachmann threw her support behind the The People's Mujahideen Organisation of Iran (PMOI, also known as the MEK), whose goals include the replacement of the current Khamenei-Ahmadinejad regime in Iran with a democratic and secular government. Bachmann asked that the terrorist group be removed from the U.S. State Department list of Foreign Terrorist Organizations.

However, according to the Guardian newspaper, there may be good reason why the MEK is considered a terrorist organization.

“There is a strong credibility gap between the group's rhetoric and its past actions, especially its associations with Saddam between 1986 and 2003," the newspaper wrote.

“According to the Council on Foreign Relations, MEK directly participated in the savage reprisals against those who rose up against the Iraqi tyrant in 1991. Indeed, the extent to which it functioned as an effective arm of Saddam's totalitarian regime is demonstrated by the fact that, when it surrendered to US forces in 2003, it had "2,000 tanks, armoured personnel carriers, and heavy artillery pieces.”

The Guardian also raises the possibility of blowback in return for U.S. support for the MEK.

"Ironically, before its split with Ayatollah Khomeini, its leaders worked closely with Iran's theocratic government, directly participating in the 1979 takeover of the US embassy in Tehran. This raises the obvious risk that if Britain and America covertly, or overtly, supports MEK, it could then cut a deal with Tehran and turn its guns on Europe and America."

UPDATE:
Bachmann is speaking at the Lewis and Clark Lincoln/Reagan Dinner in Helena, MT, later this week on Feb. 5--also a long way from her constituents. It's not clear whether she'll squeeze in a visit to the district between Honolulu and Helena.

UPDATE #2
DumpBachmann has video of our congresswoman "concentrating on district work" in Honolulu yesterday here.

Meanwhile, over at the excellent Bluestem Prairie, Sally Jo Sorensen compares Bachmann's week in Hawaii and Montana with Congressman Tim Walz' week down in the 1st Congressional District, as well as his week ahead. It's a nice reminder of what it must be like to actually have a representative in Congress.
Posted by Karl Bremer at 12:02 PM