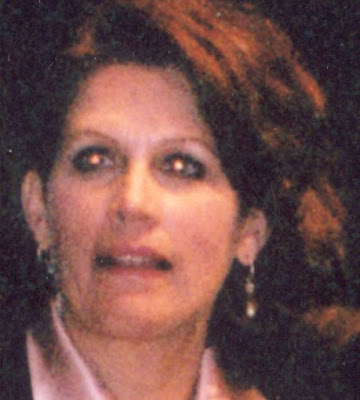 Pediatric Hydrocephalus Foundation defends its award to Bachmann with a Tea Party response.

By Karl Bremer
An inquisitive Ripple in Stillwater reader sent an email to Michael Illions, founder and vice president of the Pediatric Hydrocephalus Foundation, and asked how that organization could bestow an honor on a member of congress like Michele Bachmann, who voted against hydrocephalus research funding five years in a row.

“Your email is pretty ridiculous and should not even be dignified with an answer,” Illions began, before proceeding to answer. “Only someone who would rather squabble about political viewpoints would not see the good and the progress made in the Hydrocephalus Community with Congresswoman Bachmann's involvement,” he continued, before launching into some political viewpoints of his own.

“Congresswoman Bachmann did not vote specifically against funding for Hydrocephalus; as a Fiscal Conservative, she voted against an over bloated budget that used MILLIONS of dollars of tax-payer money to fund items like watching bees mate and the differences between maple syrups, just to name 2 items.

(Ed. Note: That budget included a request from Illions himself for $4.5 million for the National Institutes of Health to conduct hydrocephalus research.)

“Had their (sic) been a line item veto or a budget bill that dealt specifically with health related funding requests, the outcome would have been different,” Illions claimed.

If that sounds like a response from a typical Teabagger instead of a rational explanation from the head of a nonprofit childrens’ organization, that’s because it is.

Illions is head of a New Jersey Tea Party group called “Conservatives With Attitude!” The group claims it has “the most influential and most visited political blog in New Jersey,” and describes its members as “home grown, rock ribbed, all American patriots that have united to bring the conservative message to the American people.”
Here's part of that "conservative message" Illions is bringing to the American people, from a Feb. 6 blog entry:
"There is no doubt that evil lurks in this world. Beyond redemption and rehabilitation, some people are just flat out bad. But evil has a constant defender on it’s said (sic) from the Hollywood left and politically elected left that can not be ignored.

"Historical data backs up that rather bold statement, or accusation if you will, made above. Whether it be a dictator, despot, cop killer, murderer, etc, the Hollywood left and some from the elected left are there to defend, protect and cry out for."

Illions is plying his trade on the speaking circuit as well, appearing before such crowds as the Family Research Council and the Woodbridge, NJ, Tea Party. But he’s long been accustomed to performing before rubes. He’s also a former professional wrestler, spending 14 years in the ring as “A.J. Sparxx.”

Now it’s perfectly clear why the Pediatric Hydocephalus Foundation would not only defend but honor a congresswoman who has voted against their interests her entire congressional career. It has far less to do with hydrocephalus research and far more to do with Tea Party politics.

That’s why it makes so little sense.
Posted by Karl Bremer at 8:54 PM