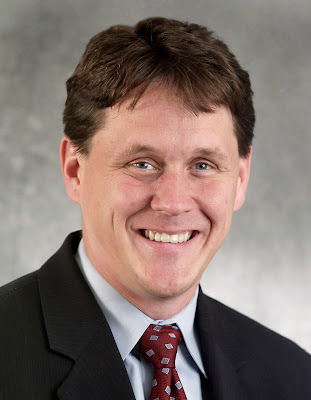 House Majority Leader's GOP Caucus has taken over $90,000 from fraudsters since 2002--and kept the money.

Minnesota House Majority Leader Matt Dean (R-52B)made international headlines recently when he falsely accused award-winning author Neil Gaiman of stealing $45,000 from the State of Minnesota. But Dean’s own Republican caucus has had no trouble taking tens of thousands of dollars from known criminals even though the source of those funds is likely illegal.

Dean’s hyperventilated attack on Gaiman—which included his now-infamous description of him as a “pencil-necked little weasel” whom he “hates”—came during discussion of state Legacy Fund money for the arts. Gaiman was brought in by the Metropolitan Library Service Agency using funds provided through the state's Arts & Cultural Heritage Fund (Legacy Amendment) to speak to a crowd of about 500 in Stillwater. Gaiman netted $33,600, which he donated to charities; his fee was paid for out of Legacy funds earmarked for such events.

Dean used Gaiman as the whipping boy for his bullying disdain for any government spending on the arts—voter-approved or otherwise—but seriously underestimated Gaiman’s popularity, both in the book world and in social media. The uproar over the kerfuffle caused Gaiman’s fans to crash Dean’s website, and earned Dean a worldwide reputation as a, well, pencil-necked little weasel.

Not so with over $92,000 in campaign contributions Dean’s House GOP Caucus has taken from known criminals.

Frank Vennes Jr. is a convicted money-launderer and cocaine-and-gun runner who was indicted again April 20 on money-laundering and fraud charges in connection with the $3.5-billion Tom Petters Ponzi scheme. Vennes donated $85,750 to the House Republican Campaign Committee from 2002-2006.

Vennes was part of the Tom Petters Ponzi empire, and nearly all his assets have been seized and sold to pay off victims of the Petters Ponzi. Yet the HRCC has kept Vennes’ generous campaign contributions, despite the likelihood they represent ill-gotten gains.

Then there’s the fraudster known as “Bobby Thompson,” who is wanted nationwide on charges of fraud and identity theft. “Thompson,” a name allegedly assumed from a stolen identity, is suspected of bilking unwitting donors to his fraudulent U.S. Navy Veterans Association of up to $100 million. He collected over $1.56 million in Minnesota alone.

Thompson donated generously to Republican candidates and causes, including $7,000 to Minnesota’s House Republican Campaign Committee from 2008-2009. Matt Dean became HRCC treasurer sometime in 2009 and served through 2010.

Former Ohio Attorney General Richard Cordray, who initiated an investigation into the Navy veterans group in Ohio, said “There appears to be very little evidence that the organization spent money actually helping veterans or their families. Yet public records do show hundreds of thousands of dollars in political contributions to various candidates made by “Bobby Thompson” personally or through the political action committee he created and to which he was the sole contributor, NAVPAC.”

None of that seems to bother Dean or his caucus. At least not as much as Neil Gaiman seems to. But added together, Dean’s caucus has hauled in $92,750 in likely dirty money from fraudsters Frank Vennes Jr. and “Bobby Thompson”—well over double what Dean and his arts-hating colleagues claimed Gaiman pocketed, and nearly three times what Gaiman actually received before giving it away.

Maybe Matt Dean should spend a little less time making false accusations against an author he’s never met and pay a little more attention to the questionable sources of his own House Republican Caucus’ campaign contributions.