Meanwhile, Minnesota AG does nothing
about phony veterans group that fleeced
Minnesotans out of $1.5 million
By Karl Bremer


Blanca Contreras, an associate of the fraudster known as“Bobby Thompson,” was sentenced to five years in prison by a Cuyahoga County (OH) judge August 10 for her role in bilking Ohioans out of more than $450,000 in “Thompson’s” phony U.S. Navy Veterans Association charity. Contreras pleaded guilty on June 22 to one felony count each of theft, money laundering, tampering with records, and engaging in a pattern of corrupt activity.
According to Ohio Attorney General Mike DeWine’s office, “At various times, Contreras represented herself as the “Acting Treasurer,” “Acting Secretary,” and “Chief Fiscal Officer” of various state chapters of an organization that fraudulently solicited donations advertised to benefit Navy veterans that went by the name of the United States Navy Veterans Association. Of the nearly $2 million in donations solicited in , little if any were used to benefit veterans.”
“Thompson’s” phony charity collected over $1.5 million in Minnesota from 2003-2009 under the not-so-watchful eye of the Minnesota Attorney General’s Office. Nationwide, it’s suspected of hauling in tens of millions more. Money collected under the guise of the USNVA appears to have been funneled to Republican politicians and campaigns across the country, including tens of thousands of dollars to Michele Bachmann, Norm Coleman, the Republican Party of Minnesota and other GOP candidates and entities.


The contributions were made under the name “Bobby Thompson” and “Maria D’Annuzio” to the Minnesota House Republican Campaign Committee (HRCC), the Republican-leaning Patriot PAC run by GOP political operative Joey Gerdin, the (Marty) Seifert for Governor Committee, and Citizens for David Carlson Committee, 67B, another GOP candidate committee.
Contreras and “Thompson” were both indicted by an Ohio Grand Jury in October 2010. Investigations of the Navy Vets charity also are underway in several other states and by the IRS and Veterans Administration. “Thompson” remains at large using an identity allegedly stolen from a man in Washington. 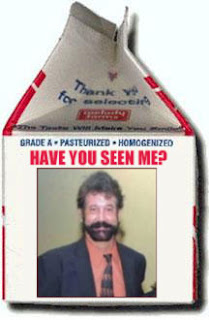 “This case makes clear that will not tolerate scam artists who steal in the name of those who have served our country. I commend the work of our charitable investigators and special prosecutors who worked diligently to bring those who took advantage of Ohioans’ generosity to justice. However, it is important to note that our work in this case is not over until the man known as Bobby Thompson is apprehended and prosecuted for his alleged crimes.”

Anyone with information regarding the whereabouts of the man known as "Bobby Thompson" should contact the Ohio Bureau of Criminal Identification and Investigation at 800.282.3784.
Posted by Karl Bremer at 10:09 PM