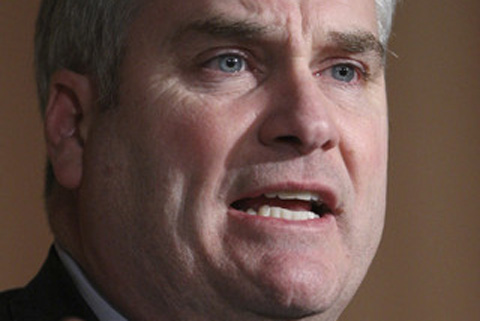 
The remaining claims in a malpractice lawsuit filed against 2010 GOP gubernatorial candidate Tom Emmer by a former friend and supporter were dismissed by Wright County District Judge Stephan Halsey September 14.


The lawsuit was filed on , in the heat of last year’s gubernatorial campaign, by Steven R. Hackbarth and his roofing contracting company, Hackbarth Enterprises Corporation, both of . Ripple in Stillwater broke the story two weeks later, and it created a firestorm among Emmer’s supporters, who accused Hackbarth of trying to extort money from Emmer to avoid a messy pre-election lawsuit.


“The timing of the filing,” Emmer’s lawyer Michael Schwartz told Ripple in today, “speaks for itself.”


Emmer represented Hackbarth in a 2009 legal proceeding that resulted in a judgment against Hackbarth and cost him his state contractor’s license. According to Hackbarth, one of his roofing materials suppliers sued him in 2009 over money the supplier claimed Hackbarth owed him.

“People charged my account with the supplier and they weren’t supposed to,” Hackbarth told Ripple in last year. “I was disputing that with my supplier, so I asked Emmer to represent me. But he didn’t file the documents he was supposed to file with the court. He showed up the day of the hearing,” but beyond that, Hackbarth said, “he didn’t do nothing.”

According to Hackbarth, Emmer botched his case. He said Emmer only filed discovery papers in the lawsuit a week before the hearing, and failed to properly file other court documents. Hackbarth said he couldn’t reach an agreement with his supplier to pay back the money the supplier claimed he was owed since “our money was all tied up because of our house burning down” in March 2009.

He lost the case with his supplier, and as a result of the judgment against him, the state Department of Labor and Industry revoked his contractors license in May of this year and levied a $10,000 fine against him, $8,000 of which was stayed.


At one point, Emmer tried to link Hackberth’s 2009 house fire to his innocence in the malpractice lawsuit.

“The circumstances surrounding the fire have been called into question by the fire inspection report,” Emmer wrote in asking a judge to dismiss the case. “Additionally, other circumstances regarding the fire at Hackbarth's home will be divulged if this litigation survives ... as the facts of the fire are necessary to establish the absence of fault in (Emmer’s) defense of this baseless action.”


Emmer campaign spokesman Carl Kuhl charged that “While Mr. Hackbarth denies political motivation, he made outrageous financial demands prior to filing his suit in the hope of leveraging Tom Emmer's candidacy to advantage himself. Tom Emmer does not negotiate with extortionists.”

Schwartz claimed Hackbarth sought more than $200,000 to settle the case.

The personal claims of Stephen Hackbarth were dismissed by Halsey on . The claims dismissed last week were those of Hackbarth’s roofing business.


In his dismissal of the remaining claims last week, Judge Halsey cited Hackbarth’s failure to provide sufficient expert testimony in his malpractice lawsuit as required by law, along with other deficiencies in his claims. 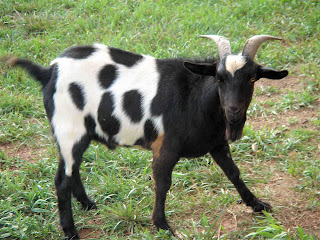 After he filed the lawsuit, Hackbarth told Ripple in that Emmer had represented him in previous legal matters, and that he’d been a longtime supporter of Emmer’s past political campaigns.

“If he would have just apologized, it probably never would have come to this,” said Hackbarth. “I pulled floats for him in parades for years. I have a John Deere tractor. My daughter has a goat, and we’d put a sandwich board on the goat with Emmer signs. And now all I got was kicked in the head. I thought he was my friend.”


Emmer’s lawyer Schwartz said today that “Tom is an outstanding attorney who had, and now again, has an unblemished record of providing zealous and ethical representation on behalf of his clients … It’s good that you’ve got a lawyer who’s both zealous and ethical. Some lawyers lack in either or both.”


Judge Halsey did not grant Emmer an award for attorney’s fees and costs associated with defending the matter. Schwartz said "We are not going to be pursuing costs aginst him."

Emmer took his Tea Party politics to the airwaves following his defeat by DFLer Mark Dayton in the 2010 election. He's been mentioned as a possible candidate for Minnesota's 6th Congressional District depending on what the district's current placeholder Michele Bachmann decides to do.