The Call of Mt. Hope Cemetery

A little-known piece of St. Croix Valley history slumbers in the peaceful hills above Afton.


Above the sleepy town of in the late 1960s, an axle-challenging, one-lane road carved a steep path up a wooded hillside to an ancient, unkempt cemetery on top that was straight out of Edgar Allen Poe. It wasn’t on any map or in any guide book. You pretty much had to be taken there by someone in the know, but if you grew up here, that wasn’t hard to find.

We knew the old graveyard simply as the back then; its official name is . It was the kind of place you discovered as a teenager when you wanted to do things you couldn’t do at home. You know, catch a buzz, cop a feel. The more remote the better. For most of us, that meant as soon as we knew someone with a driver’s license. We always assumed it was sort of legal to be up there, but such details would have mattered little then anyway.
The cemetery had no apparent boundaries. There was no sign announcing your arrival. It just sort of ethereally appeared on the side of the road when you reached the top of the hill. Remnants of tombstones leaned against trees scattered deep in the woods. A small grove of cedar trees in formation like whispering sentries with crumbling, lichen-etched headstones propped against their peeling trunks. A creepy family plot bound by a disheveled wrought-iron fence with a clanking gate that dared you to come inside.

Oddly enough, ghosts were never part of the lore of the , but that didn’t stop us from looking for them. Whatever spirits may have been up there kept to themselves, because we never saw anything of another world. We revered the graveyard as a kind of sacred grounds not to be disturbed, but weren’t aware of the true historical significance of the ground—and the unmarked graves below—that we were treading on.

Several Civil War veterans are buried among the 40 marked graves here; more are likely buried in the estimated 60 unmarked graves scattered throughout the woods, says Ken Martens, vice president with the Afton Historical Society who has extensively researched Mt. Hope Cemetery and its occupants. Martens led a tour of the graveyard on a brisk October afternoon recently for about 85 of the cemetery-curious.


The first grave in that was marked with a monument was in 1854. Prior to that it was just a “burial ground,” Martens explained, with many graves marked only with rocks for headstones and footstones.


The cemetery was officially dedicated in 1855 on 5 acres donated by the Haskell and Getchell families, two of ’s earliest settlers. Charles Getchell had a sawmill and a grocery in and later was a Quartermaster for the in the Civil War. Charles’ wife, Electa, is credited with naming after a Robert Burns poem, “Afton Water.” Both Charles and Electa are buried in . 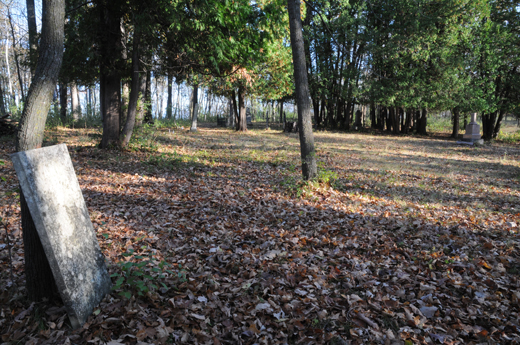 Sam Paterson built ’s first hotel. It burned down and in 1861, he also joined the Quartermaster Corps. When he returned from the war, he started a general store in with his only surviving son. Another son, a daughter and his wife preceded him in death. They’re buried in a small plot Martens called “.”


Isaac Van Vleck, a lawyer, lost a grandson in 1861 and the following year, joined the 8th Minnesota Volunteer Infantry Regiment at the age of 50. He went west with the Regiment to fight the Indians at the Sioux frontier, including the Battle of Killdeer Mountain in North Dakota in 1864. He was also at the surrender of the Confederate Armies in 1865. Van Vleck died in 1880 and is buried at , along with his seven-year-old grandson, Willy Van Vleck.
Rev. Simon Putnam lived in what is known as ’s “Little Red House” when he organized the village’s first congregational church. He was a chaplain with the 3rd Minnesota Volunteer Infantry Regiment and helped recruit many of its volunteers, according to Mertens. His son, Myron, also signed up. He and his son fought the Indians at the Wood Lake Battle in Yellow Medicine County, when they returned from the war but both died shortly after they were discharged and are buried at . 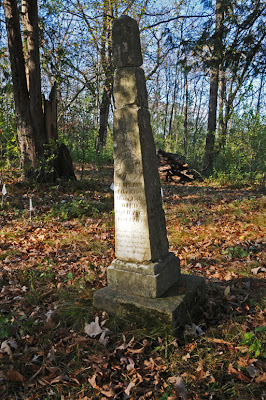 The family occupies the plot inside the wrought-iron fence. David Berry left in his 30s and came to to fight the Seminole Indian wars in . He returned to twice and came to on his third visit to . He went up north to work in the lumber camps of the “pineries” and then he and his wife, Elizabeth, settled in . Their son, Charles, was the first marked burial in in 1854. His seven-year-old brother, Henry, died the following month. David Berry was the last recorded burial in in 1892, until the city approved a special burial there in 2004.

The family plot is inside the stately cedar grove. Known to be buried here are Bertha C., Edward H., George A., Josephine E., and Rolla A. Guernsey. Others are likely there, but the tombstones are so badly damaged and scattered it’s hard to discern who belongs where.
“Planting cedar trees was a common practice in Victorian-era cemetery culture,” Martens explained. “They planted evergreens as a symbol of eternal life, everlasting life.”


The Cushing family plot is marked by an unusual monument made of “ zinc.” Charles Cushing arrived here in the 1850s and volunteered with the 7th Minnesota Infantry Regiment in 1864 when they offered him a $100 bounty.  They made him a musician and after serving in , he returned to open ’s second hotel, The Cushing House, which today is the Afton House Inn. Up to six Cushings could be buried in this plot, according to records posted at the cemetery.
A lone monument in the woods marks the grave of the three Stouffer children—George W. (7 yrs.), Amanda J. (3 yrs.) and John A. (5 yrs.)—who died within three weeks of each other in June 1855. One source attributed it to “putrid sore throat,” an infection that took the lives of many children during that era.
﻿﻿﻿﻿﻿﻿﻿﻿

Martens demonstrated the fascinating technique he uses to search for unmarked graves in the “burial grounds” part of the cemetery. Tramping through thickets of buckthorn, he paused at a small spot that was free of the invasive brush. Buckthorn doesn’t grow in areas where the soil has been disturbed, Martens said, hinting that a grave might be below.
He scratched around the opening with a small, long-handled rake in search of a particular type of sedge grass that remains green even through the winter. This was planted on top of graves much like the plantings of evergreens, a part of the “cemetery culture.” When he finds some in the buckthorn opening, he gets down to inspect the ground closer, tracing the sedge grass plot and looking for large stones that may have served as a headstone or footstone but are now hidden under years of decaying grass and leaves. A slight depression in the ground between two such stones may be further evidence of a burial below. Then magically, the faint outline of a grave long ago consumed by Mother Nature becomes visible. How many more are hidden in this old hill?


By 1870, cemeteries were required to keep paper records of their burials. But because no cemetery association for had ever formed, this was never done for the little graveyard on the hill. Now, laments Martens, “We’re losing our history because all we have are the stones.”


Edith O. McDonald’s grave was particularly nettlesome for Martens to decipher. It was marked by a simple stone in the woods away from the other gravesites. The year of death chiseled in it was “185?” with the fourth numeral illegibly chipped. Martens deduced that a “3” or an “8” were the most likely numerals to have chipped off.


After researching census, newspaper and Civil War records for years in his quest to identify every possible grave in , Martens eventually came across an item in an area newspaper about a local couple named “McDonald” who had died in a ferry accident on the at in January 1858. They had a child who had died earlier, so with all the other pieces in place, Martens determined that child was Edith and that she had died in 1853.


“It only took me 40 years,” Martens laughed.
gets a little more attention these days but is by no means a popular tourist . , the name given to the rutted trail we used to navigate up the hill to the , is slightly better maintained, but it remains relatively unknown to anyone but locals and cemetery hunters. There’s a single parking spot for visitors off to the side before you reach the top. A kiosk built by Eagle Scout Garren Riemenschneider of ’s Troop 226 in November 2005 informs visitors about the known burials and shows a map of the archeological survey done there in 2000.
An old wooden observatory platform in the woods on the edge of the hillside is still standing, but the once-breathtaking vista of the Afton Hills it afforded is now obscured by full-grown trees.


Patrick Tierney, who was involved with the Afton Historical Society for many years and had a special interest in the preservation of Hope Cemetery, was buried here at the age of 52 in 2004 after the Afton City Council granted special permission to his wish.


“Patrick Tierney thought that if he were buried here, somebody would always take care of this place,” says Martens.


Other than Tierney, the cemetery has seen no burials since David Berry was put to rest here in 1892. What little maintenance that gets performed on this hidden gem sequestered in the hills above is done by volunteers like Martens. It's an ongoing task because with every new generation comes a new round of vandalism, he sighs.


I still get up to the at least once a year. It usually calls in the fall when the ghosts of lives past stir old dreams from their cobwebs. No matter how many times I return, I always know it won’t be my last. That visit will be when my roasted bones are scattered beneath the cedar trees of to mingle with the rest, waiting to send shivers up the spines of future generations of youthful visitors.


That’s one trip up the hill to the Old Afton Cemetery I’m in no hurry to make. 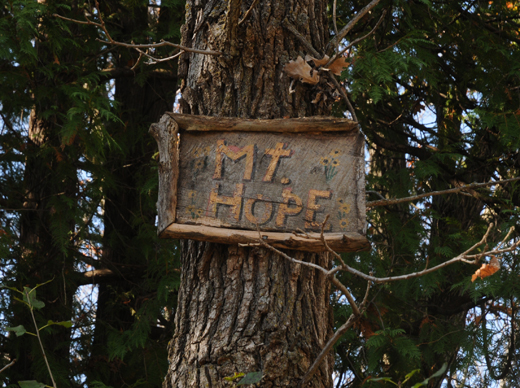