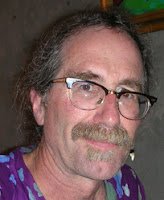 It’s been quite a first year for Ripple in .


I published my inaugural post here on , followed by the latest in a series of investigative articles I had written throughout last year on a fraudster known as “Bobby Thompson.”


That series of articles, which appeared here and on DumpBachmann.com, was virtually ignored by the mainstream media, but not by the Minnesota Society of Professional Journalists, which awarded it in the special category of “Best Use of Public Records” in its 2011 Page One Awards. It also resulted in an investigation by the Minnesota Campaign Finance and Disclosure Board, which found “Thompson” guilty of making fraudulent campaign contributions in as my earlier investigations had found. The CFB fined “Thompson,” who is on the lam from other state and federal investigations, $21,000.
That was far from the only exclusive Ripple in has broken in its first year. The malpractice lawsuit filed against GOP gubernatorial candidate Tom Emmer last year in the weeks before the 2010 election was first reported here. The twisted history of Michele Bachmann’s track-suited pastor pal “Bradlee Dean,” lead homobigot at the hate “ministry” You Can Run But You Cannot Hide International, was exposed on Ripple in . The continuing saga of Michele Bachmann’s subsidy-reaping family farm in , first reported by me in 2007 and updated here this year, continues to dog her campaign. Likewise, Ripple in Stillwater has been the go-to source for the story on Bachmann’s Ponzi pal Frank Vennes Jr., the convicted money launderer and campaign contributor for whom she solicited a presidential pardon. The mainstream media is still playing catch-up on that story.

Ripple in Stillwater’s exclusive, in-depth look at the unsolved murder of legendary Stillwater storekeeper Caton Felix prompted widespread media coverage on the 30th anniversary of his death last year. We've helped bring some sunlight to the shady lobbying shenanigans the City of Stillwater has engaged in regarding the proposed freeway bridge across the St. Croix River. And you’d never have heard about the Stillwater Sasquatch if Ripple in hadn’t broken the story.


I’ve been able to indulge my own musical interests by publishing stories of personal heroes Dave Ray, Lil' Band O’ Gold, the Radiators, and James McMurtry, without first having to secure the imprimatur of the gatekeepers at mainstream media outlets. Stay tuned—there’s plenty more where that came from.


Ripple in Stillwater also has served as a repository for old articles deserving of a second life, like my Paul Wellstone interview from The Progressive in 1991. Look for more of those nuggets in the future as well.


The cherry on top is the forthcoming book on Michele Bachmann I and my two compatriots from DumpBachmann.com, Ken Avidor and Eva Young, have coming out in early December. For a decade, the local media slumbered through Bachmann’s rise in politics while we toiled away at documenting it. So when Bachmann’s political star began rising and a major publishing house went looking for someone to write the book on her, they tapped us. The book, The Madness of Michele Bachmann: A Broad-Minded Survey of a Small-Minded Candidate, is a compilation of years’ of material we’ve written about Bachmann on our respective websites.


Thanks for stopping by in the past year, whether you’re friend or foe. Your interest is appreciated, as are your links and acknowledgments. With your help, our total visits just rolled over 100,000 tonight on our first anniversary! Thanks, also, to the friends, family and professional colleagues who have encouraged me to keep on keepin’ on. I’m just gettin' warmed up, so stick around.
Posted by Karl Bremer at 11:02 PM