A Veterans Day for Veterans 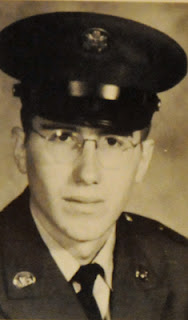 Federal government workers will get the day off, whether they served or not. Likewise, most state employees will get a holiday, regardless of their veterans status. Bankers too. In fact, 21 percent of private employers plan to observe the holiday in 2011, according to the Society for Human Resource Management.


But if you’re a veteran, unless you’re working for one of the employers listed above, chances are, it’s just another day on the job. If you want to attend one of the many events recognizing veterans today, you’ll probably have to take a day of vacation.


Which brings me to my modest proposal.


If we are to set aside one day a year to honor veterans and call it Veterans Day, why are we giving the day off to nonveterans? For most, it’s an extra day to put away the mower and get the snowblower out, a free day in the tree stand waiting for a deer, a bonus day on the golf course, an opportunity for a three-day road trip somewhere, or just an extra day to sleep in. Not that there’s anything wrong with that.


But if veterans are going to lend our name to a holiday, why not make Veterans Day truly a day for veterans and give those who served in uniform the day off while others work? It’s simply a matter of truth-in-advertising. Otherwise, we may as well call it Government Workers & Bankers Day. See how well that goes over.


Minnesota wouldn’t be the first state to move in this direction. Since 2010, all employers in the state of Iowa are required to give veterans the day off on November 11. However, they have the option of making that a paid or unpaid holiday for the veteran, which in the latter instance, isn’t really a holiday at all.


Governor Dayton yesterday announced two new veterans initiatives—one to expand a job retraining program to all veterans and another to provide funding for military honor guards at veterans’ funerals. Ripple in Stillwater is calling on him to add a third:


Require that all public and private employers in the state of Minnesota give veterans a paid holiday on November 11, and rescind it as an “official” state holiday for all others.


Memorials, editorials, rememberances, flags and salutes are all fine. But if you really want to show your appreciation for those who served, give them a real holiday to go along with it.