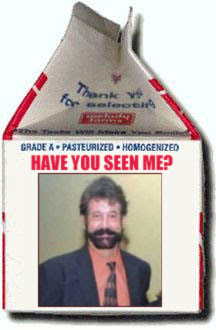 The fraudster-on-the-lam known as “Bobby Thompson,” one of Michele Bachmann’s largest political donors in 2010 and the target of a nationwide manhunt, was captured at an undisclosed West Coast location around April 30 and now is in federal custody. He was wanted on fraud, identity theft, money laundering and other charges.


The Tampa Bay Times, which sparked the federal investigation into “Thompson” and his fraudulent charity the U.S. Navy Veterans Association, reported his capture. “Thompson” had been on the run since 2009.


“Thompson” allegedly ran a chapter of his sham charity in Minnesota from 2003-2009 that collected over $1.5 million from unsuspecting Minnesotans using nothing more than a UPS drop box and a forwarded telephone recording for an office.

I won for “Best Use of Public Records” in the Minnesota Society of Professional Journalists 2011 Page One Awards for my lengthy investigative series on “Minnesota and the Man Known as Bobby Thompson” that was published on the DumpBachmann.com blog and RippleInStillwater.com. The series detailed the operations of “Thompson” and was prompted by my discovery of his $10,000 donation to Michele Bachmann’s2010 congressional campaign at an event featuring former half-term Alaskan governor Sarah Palin.

Last year, the Minnesota Campaign Finance and Disclosure Board fined “Thompson” $21,000 for illegal campaign contributions made to other Minnesota Republicans. The contributions were made under the names “Bobby Thompson” and “Maria D’Annuzio” to the Minnesota House Republican Campaign Committee (HRCC), the Republican-leaning Patriot PAC run by GOP political operative Joey Gerdin, the Seifert for Governor Committee, and Citizens for David Carlson Committee, 67B, another GOP candidate committee.

The fines were the result of an investigation into a complaint filed by myself with the CFB in July 2010 that alleged illegal campaign contributions by “Thompson.” The state attorney general’s office has declined to investigate “Thompson” and his charity, despite overshelming evidence that it was a scam.

“Thompson” is the subject of a chapter in the book “The Madness of MicheleBachmann: A Broad-Minded Survey of a Small-Minded Candidate,” co-authored by myself and Ken Avidor and Eva Young of DumpBachmann.com.

Milk carton graphic by Ken Avidor
Posted by Karl Bremer at 9:56 AM